An integration of the JAVA and COM Library of wireless networks and devices. Uses object-oriented languages such as JAVA, Visual Basic and Visual C++.

Studio consists of libraries that support JAVA development and COM-based languages, such as Visual Basic®, Visual C®, Visual FoxPro®, Delphi™ and PowerBuilder®. The Development Library consists of nearly 400 methods and objects that you can use to create applications that serve every mobile requirement and controls the functions of the handheld device. Utilizing the methods and objects provided, there is no need to learn another programming language or the development environment specific to any wireless device or network. Studio allows you to extend your existing skills and code sets for the rapid development of wireless applications easily.

The freedom to become hardware and software independent

Studio provides the freedom to create wireless applications for most mobile devices – from traditional industrial-grade devices and scanners, to the next generation of PDAs – spanning operating platforms from DOS to Pocket PC, Windows Mobile® and Windows CE™. With this freedom, you are free to migrate from legacy to newer devices.

With advanced thin client-server architecture, Studio runs applications directly from the host server to the mobile device. With Studio, revise your wireless applications on the server-side and eliminate the need to update each individual device on the network. Studio enables administrators or developers to create mobile applications for multiple device types, eliminating the need to create separate applications.

Studio uses advanced thin client-server architecture to run applications directly from the host server to the mobile device. With Studio, you can revise the wireless applications server-side and eliminate the need to update each individual device on the network. This server-side approach is optimal for creating applications for dozens, and potentially thousands, of mobile users all over the globe.

Administrators can develop applications right from the host system server. This supports immediate revisions from a single location.

Simplifies programming and improves individual relationship run-time performance. Administrators can design applications with only a single user in mind, rather than multiple users competing for common resources.

Applications can be tested or demonstrated directly from a computer desktop without the need for an actual wireless terminal. 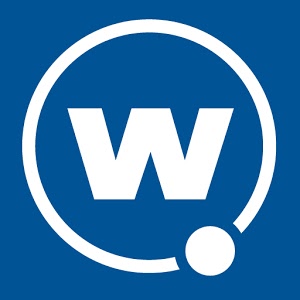