Manufacturing is part of everyday life, however people have underestimated the importance of the manufacturing industry for many years. Manufacturing is critical to the economy and also helps to drive innovation. The United States is a world leader in manufacturing, developing processes and technologies that have had an impact on manufacturing across the globe. Manufacturing facilities are no longer the dark, dirty and dangerous places they used to be, they are now a desirable place to work and they have a focus on technology and innovation. 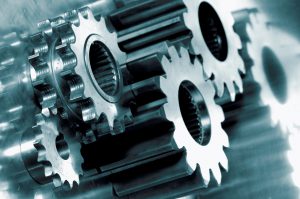 Here, we share with you our top 10 facts about manufacturing:

Following the recession in 2008, this data tells us that the manufacturing sector is experiencing a healthy level of growth and development. If the trend continues this way, manufacturing will be able to contribute positively to the economy and also support other sectors that are still recovering from the recession.

While the manufacturing sector accounts for approximately 12.5% of the U.S. economy, in comparison the agriculture sector accounts for just 4.8% of the economy. The agriculture sector relies heavily upon the manufacturing sector for things such as machinery and equipment, so in today’s economy, you can’t have one without the other.

This fact is simple – the more money we invest into manufacturing, the more return on investment we will see in our economy.

If the U.S. manufacturing sector were its own country, it would rank number 9 out of 247 countries in terms of Gross Domestic Product (GDP).

Smaller organisations offer employment opportunities for those who may not be able to work at a large organisation due to location, work style preferences or strict guidelines. It can also be presumed that small organisations have their own way of approaching efficiency, quality and safety, creating more diversity and the chance for innovation within the sector.

After the recession in 2008, employment figures in all sectors dropped dramatically. However, manufacturing has recovered well and remains one of the largest industries in terms of its number of workers. The showcases the resilience of the manufacturing sector and confirms the amount of overall employment opportunities.

As manufacturers are more productive and innovative than ever before, manufacturing organisations are able to create more output with less input due to rapidly advancing technologies and processes.

With the introduction of new technology, smarter processes and continual innovation, manufacturers continue to increase productivity without the need for additional workers. Higher productivity with the same amount of workers equals a higher return on investment. 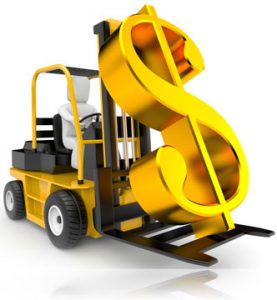 In comparison, the Australian manufacturing industry has struggled to maintain is prominence over the past few years. However, it could be poised for recovery with the sector enjoying its largest improvement in employment conditions in a decade. Manufacturing jobs have increase by 40,000 in the past 12 months and productivity has returned to close to its previous peak. The sector’s output has decreased by 13% along with employment, but it looks like the industry has stabilised and profits have begun to regain some of the lost ground since the GFC.

If the Australian manufacturing sector can follow in the footsteps of the United States, it will put Australia back on the map in terms of manufacturing and will help to boost the economy.