Modern technology is one of the most powerful tools we have in addressing many environmental issues. With the right tools we can prevent damage to the environment, repair damage we have already inflicted upon it, and organise activism on a global scale.

Toper White has become known among environmentalists for developing a system wherein illegal logging can be reported to authorities in real time. He set a small array of solar powered mobile phones around a Gibbon reserve in Indonesia. He had engineered the phones so that they would send an automated email to him when they detected the sound of chainsaws. Within only a short period of time he received an alert and was able to inform reserve rangers, who then caught the loggers in the act.

White’s devices have been so effective that they have been set up in numerous rain forests around the world. They have proven to be more effective at preventing illegal logging than drones or satellites, being both cheaper, easier to operate, and able to provide real time alerts to rangers and officials. Not only does this go a long way to preventing illegal logging, but the heightened risk of getting caught is a powerful deterrent. 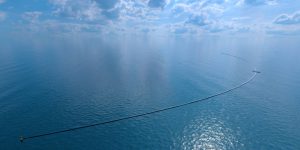 In addition to preventing environmental damage, groups such as ‘The Ocean Cleanup’, are developing cutting edge drifting barriers to collect waste material in the Great Pacific Garbage Patch. They estimate that with a full-scale deployment of their drifting barriers, the amount of refuse could be reduced by as much as half. Because the barriers drift with the currents, they minimise downforce that causes some plastics to be pulled under conventional standing barriers, and because the barrier is a solid sheet rather than a net, it prevents sea life from becoming entangled in the barrier. By exploiting the oceans’ currents they are also energy neutral. ‘The Ocean Cleanup’ expects their first non-prototype drifting barrier to be deployed by the middle of this year. 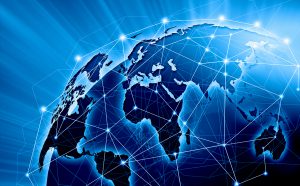 Technology has even made reporting illegal waste dumping easier, allowing for photographic and video evidence to be recorded and sent to authorities. In turn, this speeds up the investigation process, making it more difficult for perpetrators to effectively hide or move their waste.

The internet is also a powerful tool for spreading information about how to reduce your personal impact on the environment, as well as for organising protests and exposing companies who breach environmental laws. Many wouldn’t know about the Dakota Access Pipeline protests or the ongoing conflict surrounding the pipeline, were it not for protesters sharing their experiences. Protesters were able to share their stories over the internet and expose the extreme actions police had taken against them.

Every day advancements are being made that will allow us to undo damage we have done to the environment, and one day live in a sustainable society. And it starts with the union of environmental activism and cutting-edge technology.