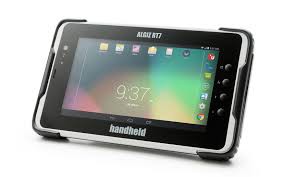 In nature, evolution is a process by which a species develops and diversifies over many generations through a selection of the most desirable traits for survival. The technological world functions much like this in that products are constantly modified and changed throughout the years in order to improve and select the features that are most appealing to the market. In recent times, we have seen the tablet undergo a major “evolution”, from humble beginnings to becoming the device of choice for many. This begs the question: Does the rise of the tablet pcs spell the end of the laptop? A device once thought revolutionary, the laptop has taken the backseat to the tablet, but when looking at the two, which one comes out on top?

devices are the straightforward practicality and functionality issues. When looking at battery life, most tablets can boast a battery life of at least 8 hours depending on the programs that are being run on it. However, a high-end laptop can only muster a battery life of around 7 hours at best with light use. The tablet is also far lighter and more compact than a laptop with the larger tablets weighing little under a kilogram and some of the lighter ones weighing even less than half a kilogram. Don’t be rushing off to your closest Apple store to buy an iPad yet as the tablet falls down in other areas. For the tablet to be practical it needs to be easy to use and type on particularly if being used for business or even note taking. The onscreen keyboards that tablets utilize can be difficult to use and often unresponsive when typing quickly. One can always buy a Bluetooth keyboard for a tablet, however, these are quite small and hard to use accurately and the larger ones take away from the mobility and compact size of the tablet. In this scenario having a physical keyboard like one found on a laptop is far more practical for everyday use.

Another important aspect to consider is the software and apps that both devices can use. It is well known that a laptop can offer the variety of software that is needed for business and recreation. A laptop can run complete word processors, Photoshop, Flash Player, some games as well as other similar software. Tablets have much ground to make up in this field as they often lack the processing capabilities and storage space to run these kinds of software. At best tablets can run pseudo-versions of these applications such as a light version of Microsoft Word or a mobile version of Adobe Photoshop and most can’t support Flash player and other plug ins. Whilst these versions might suffice for an individual casually using a computing device, those who require serious business tools cannot find them on a tablet. Price is often a key factor when considering the device that is right for you and a tablet come with a cheaper price tag with lower end tablets selling at around $300 and the higher end ones at close to $900. In stark contrast to this, a decent laptop will set you back around $600 and a quality reliable one will push that price beyond a grand.

Very recently, the market has seen the introduction of the hybrid particularly with Microsoft’s new Surface tablet. This hybrid runs a full Windows 8 operating system and has a fold out keyboard and stand whilst boasting a 10.6-inch touchscreen in high resolution. As opposed to Apple’s iPad this screen can be written on with a stylus pen that gives a higher level of precision when using the touchscreen. Whilst the Surface is not as light or mobile as other tablets, it can do what a lot of them can’t do and can run a whole host of programs on its Windows 8 operating system. Another important inclusion is that of a USB port allowing devices to be plugged into the Surface and files to be transferred with ease. Whilst it is far from perfect, the Surface does represent a nice mix between the two devices and offers a hybrid of the features that make both the laptop and tablet outstanding in their own right.

It is clear that the tablet computing device is still lacking in many departments when compared to the laptop and for this reason the laptop is not going anywhere soon. Depending on individual requirements the decision is made on whether a laptop or tablet is best for you. If an individual requires processing power and the ability to run business software, one might opt for a laptop, whereas a more casual user who requires mobility and functionality may desire a tablet. The hybrid market is a new and exciting development in the world of technology and with progress may supersede both the tablet and laptop but only time will tell which way evolution will take this fascinating new device.