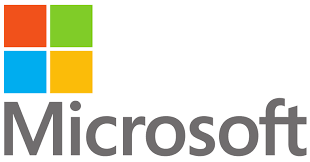 Many companies have already invested a lot of time and money in previous Windows operating systems for their fleet of rugged handheld devices. This is highlighted through the dominance Microsoft have in the current market, with over 12 million handheld devices in use. The current Windows Embedded 6.5 handheld operating system will be supported all the way through to 2020, even with the introduction of Embedded 8 Handheld that will supersede it. It would not be wise to continue to use the older operating system for much longer however, as the lifecycle of the device that is purchased will outlive the support that is provided for the operating system. The problem with Windows embedded 8 handheld is that it is not backwards compatible, meaning legacy programs that are being run on previous operating systems will not work on the new operating system. Whilst this is a step in the right direction in order to upgrade the entire operating system and have a modern and more functional feel about it, there is a chance this will be a deal breaker and cause companies to start looking around at the alternatives, including Android 4.1+.

It is not only the lack of backwards compatibility that will allow other operating systems to make a move on the handhelds market. Microsoft has limited the number of vendors that can sell devices with the Embedded 8 Handheld operating system on it. Honeywell, Motorola solutions, Intermec and a few other distributors have been given rights to sell the operating system meaning that the choices for the end user have been severely reduced. Lets be clear though, Microsoft will still be the dominant force in the rugged handheld device market. Companies have spent large amounts of money on their platforms and are comfortable with not only their operating systems but also Microsoft as a company. A company knows who to send a device to for repair when dealing with Microsoft, however this isn’t always the case with other companies. These reasons mean that Microsoft remain the logical choice for most. The key point is that, in this time of transition between operating systems, it is as good a time as ever for companies to consider all the options available and possibly make changes

So what are the alternatives? The clearest choice for companies to transition towards is Android. Android have had their own rugged mobile computers for many years now, however, previous devices have been riddled with limitations and problems that haven’t made them as competitive as the Microsoft giants. The latest Android operating system, 4.1+, has made great ground and is a genuine contender to help break the dominance of Microsoft in the market. Android continues to become a viable option as they have improved key facets of their platform, including: security, processing options, management and configuration.

Companies that are looking to upgrade or implement a rugged handheld system in their workplace are now at an impasse. The choice they have to make is which operating system they will utilize. Whilst Microsoft have been the traditional choice for many years since the implementation of rugged handheld devices, new options are opening up and becoming viable choices. Companies need to review their needs and see what each system would offer them before making a choice not only for their current needs, but also for the future.