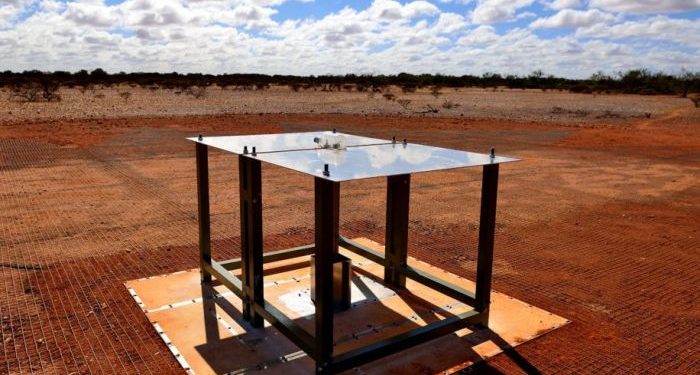 A high-tech antenna in a whisper-quiet part of outback Western Australia has enabled scientists to make a ground-breaking discovery about when stars first lit up our universe. A team of American scientists used a small antenna to pick up radio wave signals from the time the first stars formed, a discovery hailed by astronomers as important as the detection of gravitational waves. 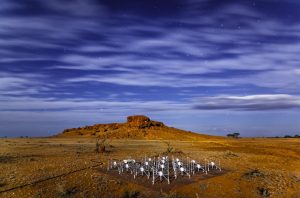 In a research paper in the journal Nature, the scientists say the signals indicate the first stars formed 180 million years after the universe began with the Big Bang 13.8 billion years ago. ‘It is unlikely that we’ll be able to see any earlier into the history of stars in our lifetimes,’ said Dr Judd Bowman, the astronomer from Arizona State University who led the study.

Dr Bowman and his team turned to the CSIRO’s isolated Murchison Radio-astronomy Observatory, 600km northeast of Perth, for help with their 12-year quest to discover when stars first glimmered. The observatory falls within the official Australian Radio Quiet Zone covering about 260km of WA, making it an ideal site for radio astronomers because there’s much less chance of interference from man-made devices such as mobile phones interrupting their attempts to listen into signals coming from space. 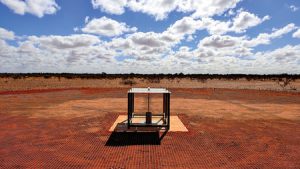 The antenna used by Dr Bowman was roughly the size of a refrigerator, but powerful enough to detect faint signals from hydrogen gas that surrounded the first stars. That change in the hydrogen gas was detected in the form of a dip in the intensity of radio waves picked up at a low radio frequency by Dr Bowman’s antenna sitting in the dirt at Murchison. ‘We see this dip most strongly at about 78 megahertz, and that frequency corresponds to roughly 180 million years after the Big Bang,’ study co-author Alan Rogers from the Massachusetts Institute of Technology said.

‘Finding this minuscule signal has opened a new window on the early universe,’ Dr Bowman said.

In the first few hundred thousand years following the Big Bang, the universe went from being a super-heated, soupy mixture of fundamental particles to a medium composed primarily of neutral hydrogen, unobservable across most of the electromagnetic spectrum. Astronomers call this period the Dark Ages and, though they know it ended with the ionisation of the neutral intergalactic medium by the first stars, a ‘cosmic dawn’, evidence of this event has proved elusive.

That evidence came with the detection of an ancient signal by Bowman’s team, which fell within the spectrum used by FM radio stations and would have been impossible to hear at nearly any other Earth-based observatory due to radio frequency interference.

This project shows that a promising new technique can work and has paved the way for decades of new astrophysical discoveries.