The expansion of Amazon into Australia is likely be a game-changer in the country’s retail landscape, transforming the way we shop and threatening the reign of local retailers.

Last month, Amazon confirmed what many have been speculating for the past year, as the online retail giant announced the launch of their retail services in Australia. Amazon has truly hit the ground running, allegedly signing a lease deal for a large purpose-built warehouse at the Goodman Group’s $50 million Oakdale Industrial Estate in Sydney.

While Goodman’s chief executive has denied to comment, industrial agents told Fairfax Media, “a deal has been done at Goodman’s Oakdale Estate”.

Amazon has been in Australia since 2012, first launching their cloud subsidiary Amazon Web Services and a year later the Kindle Store, both of which have had great success in the Oceanic region.

So what will be available when Amazon rolls out its full suite of retail services into the Australian market? Perhaps an easier question is: what won’t be available?!

While eventually Australians will see everything from fresh produce, toys and fashion items, the roll out into Australia is expected to be gradual, with an initial focus on consumer goods and home electronics.

According to American multinational investment banking corporation Citi, Amazon’s arrival will kick off an ‘electronic storm’, forcing local electronics retailers to drop their prices by an average of 10 per cent to remain competitive.

Surprisingly, Australian retailers often offer cheaper prices on recently released, category-leading products such as the Samsung Galaxy S8 – which is 10% cheaper at JB Hi-Fi than on Amazon. Despite this, a price survey by Citi found that electronics on Amazon were on average, 15 per cent cheaper, with goods worth under $1000 often 20 per cent cheaper.

Based on how Amazon Prime had already up-ended American, British and German retailers, Citi said it was downgrading its long-term earnings forecast for JB Hi-Fi by more than 40 per cent and by more than 30 per cent for Harvey Norman. Despite Gerry Harvey, the founder of Harvey Norman hitting back, vowing to “match or beat” the e-commerce giant’s cutthroat prices. 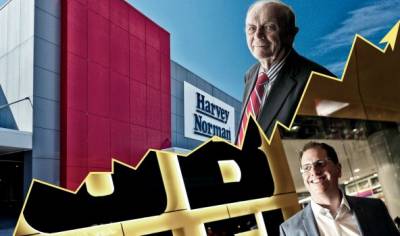 While the news isn’t great for Australian retailers, Citi analyst Craig Woolford believes Amazon’s entry is ‘not a terminal decline for retailers’, where they should see margins recover within five or more years after Amazon launches Prime.

Citi also predicts Amazon will take 8 per cent market share over five years and reach 11 per cent in a decade, largely at the expense of smaller retailers and general retailers which sell electronics, such a department stores. Credit Suisse analyst Grant Saligari is predicting that the arrival of Amazon and TK Maxx in Australia will “be all too much” for Myer, where shares have fallen 17 percent in the past month alone.

While Amazon will initially focus on consumer electronics, the retail giant is also expected to have a dramatic impact on how consumers purchase fresh produce. With Amazon Fresh Delivery already popular in the US, the service is predicted to shake things up for market leaders Woolworths and Coles.

At this stage it’s unclear how the model is going to work, however Australian supermarket retail margins are among the highest in the world, something which Amazon is likely to change.

While Amazon will definitely rock the retail industry, its entry into the Australian market will likely act as a stimulus for Australian retailers to become more innovative in their products, process and organisational structural.

Though it’s uncertain just how big of an impact Amazon will have on our local retailers, the launch of Amazon in Australia will enable consumers to have access to a wider choice of goods at considerably cheaper prices. Now more than ever, retailers need to innovate their processes and find new ways of identifying and satisfying consumer needs to remain competitive. 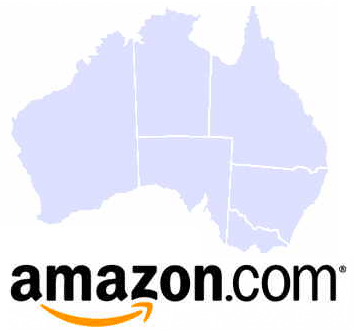