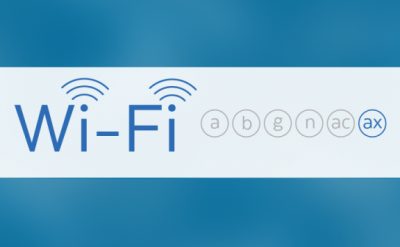 Here’s what you need to know about 802.11ax, which will be the WiFi network of the future.

Chances are you already have a dozen or so devices scattered around your home which connect to the internet. Televisions, phones, tablets, games consoles; they’re all passing data to and from your modem, in some cases rather massive amounts. After all, video streaming is incredibly demanding, especially if you want 4K resolution movies and shows.

802.11ax, also called High-Efficiency Wireless (HEW), has the challenging goal of improving the average throughput per user by a factor of at least 4X in dense user environments. This new standard focuses on implementing mechanisms to serve more users a consistent and reliable stream of data (average throughput) in the presence of many other users.

802.11ax works on the 2.4GHz and 5GHz bands, and it introduces OFDMA (which stands for the catchy Orthogonal Frequency-Division Multiple Access). This basically helps to reduce the amount of interference from other nearby WiFi networks, by using finer channels.

So, what advantages does 802.11ax actually offer over the existing 802.11ac standard?

Well, the main benefit is that 802.11ax offers up to four times the device capacity compared with 802.11ac. In other words, you can connect four times as many streaming boxes, TVs, phones and other online devices at the same time. You now have 12 spacial streams in all: four in the 2.4GHz band, and eight in the 5GHz band. Usually you just get four in total, so that’s a serious step up.

You also get four times the user throughput with 802.11ax, an essential feature if you’re going to be connecting so many gadgets at once. This means you shouldn’t notice slower upload and download speeds than before, even with a lot more devices demanding data.

Qualcomm has just launched the first two 802.11ax compatible chips – the IPQ8074, designed for use in routers, and the QCA6290 designed for use in connected devices such as phones and tablets. However, even though these chips are now a reality, there is no estimated arrival date for the first 802.11ax routers and devices.

Hardware standardisation should be done by summer 2017 according to Qualcomm, so the first 802.11ax routers could be released worldwide as early as second half of 2017. Otherwise, 2018 is a safe bet.

802.11ax will also be coming to the automotive industry soon, so you can expect to see cars with 802.11ax networking capabilities in the next year or so.