Transform your legacy system, Terminal Emulator ‘green screens’, into easy-to-use, graphical screens with no changes to the underlying application. StayLinked’s SmartTE delivers the speed and reliability of traditional Terminal Emulation with the intuitive, modern user experience of a web-based application.

However, there are great productivity improvements to be had by implementing an easy-to-use, graphical data collection application that supports modern, touchscreen devices. 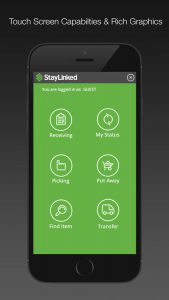 Best of Both Worlds

With StayLinked SmartTE you get the best of both worlds with No-Risk Application Modernization. StayLinked TE provides the speed, reliability, and security of a traditional Terminal Emulator while increasing productivity and usability with the addition of an intuitive, modern user experience.

As systems like Android or iOS are implemented across the industry landscape, there is a need to take full advantage of these mobile devices.  With SmartTE, existing “green screen” application can be transformed to look and act like native applications on these modern OS devices.

SmartTE is unsurpassed in reliability, virtually eliminating dropped sessions between host applications and mobile devices. No matter the problem, the Terminal Emulation session will never be lost, and can even be transferred to another device or even shared across multiple devices. StayLinked can even maintain your session over cellular networks when coverage is temporarily lost. This quality is ensured because SmartTE is built upon StayLinked TE, the most advanced Terminal Emulation architecture in the industry. The benefits of SmartTE include, 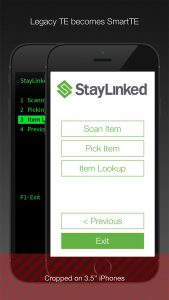 SmartTE can automatically transform your Terminal Emulation screens into touchscreen-friendly screens. New user interfaces, automatically generated, require no changes to the original application. If you would like to create custom screens, SmartTE features a drag-and-drop screen designer. Include features such as,

With the Dynamic Screen Generation option, there are no changes to the original application and no programming skills are required.

SmartTE features are offered as a free upgrade to existing StayLinked customers with an active maintenance and support contract.